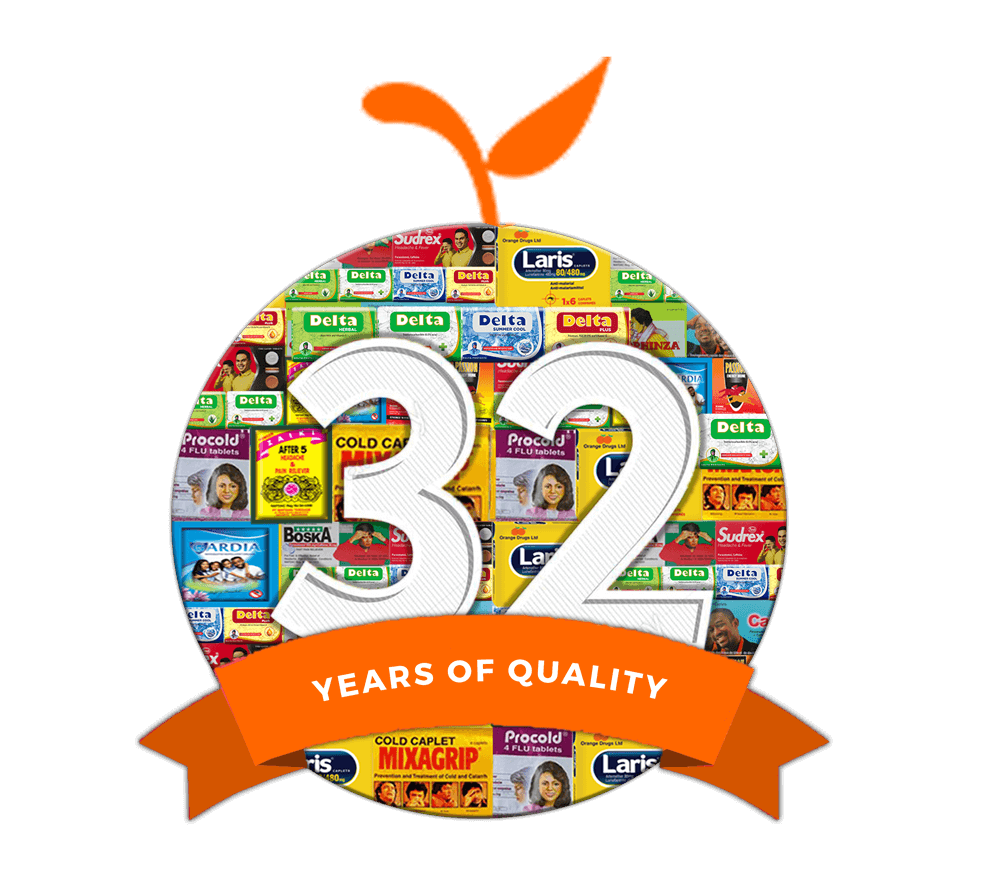 Like most successful Nigerian businesses, Orange Group started from humble beginnings as Orange Drugs; a company primarily focused on the importation and distribution of pharmaceutical products. In the last three decades of operation, the Company has transitioned into one of Nigeria’s largest diversified consumer goods groups with a presence in West Africa.

“We built the Company based on Trust, doing exactly what we said we were going to do,” says Sir Anthony Ezenna, Founder & Chairman of Orange Group. He started the business after working in his father’s chemist shop as a young man. The Company has grown from its humble beginnings to the Consumer goods business it presently is with foundations in three key segments; Pharmaceutical, Food & Beverage, and Personal and Home Care. In the pharmaceutical space, the Company has partnered with some of Indonesia’s largest pharmaceutical groups, including Kalbe Farma and Dexa Medica, for nearly three decades.

The years 2006 to 2009 marked a turning point for the Company as it launched its innovative soap factory in Lagos and Onitsha, including an ultra-modern pharmaceutical production powerhouse, as part of its Joint Venture partnership with the leading Indonesian pharmaceutical giant Kalbe.

When people think of Orange Group, they recall household brands like Procold, Mixagrip, Medik55, Boska, Sudrex, and Delta Soap; one of its premier brands that relaunched two years ago to commemorate its 25th anniversary. The Delta Soap brand was revived with the announcement of Brand Ambassadors in the likes of popular Big Brother housemates; Tobi Bakre and Cynthia “CeeC” Nwadiora. Moreover, the Company modernized the brand’s formulation and packaging to appeal to a younger segment of the market, initially unfamiliar with the brand.

Orange Group stayed on top of product innovation when it introduced Nigerians to powdered energy drinks in a sachet by launching Passion energy drink and Extra Joss. Launched in a time when canned energy drinks saturated the Nigerian market, these two new products proved to be a hit.

Realizing that Malaria is still a significant problem affecting the lives of millions of Nigerians, the Company launched two products to tackle this problem; Gardia Mosquito repellent cream, the first repellent cream in a sachet, and Laris, an ACT Combination therapy drug that treats Malaria instantly. “We wanted to tackle major issues that affected most Nigerians and do so in a manner that was affordable for them,” says Ernest Ezenna, the Business Development Director for Orange Group.

The family business is going into its third generation of operation, with Sir Anthony Ezenna’s children handling significant business aspects. “As the business expands, it is essential for us to maintain our family value predicated on trust. This trust has sustained the relationship with our partners and distributors for more than thirty years,” says Uchenna Gboneme, the Group’s Media and Communication Director.

So what does the future hold for Orange Group?

“We believe the market is still wide and very much untapped for us, so we’re investing heavily in our Route-to-Market to reach consumers in remote areas. With most Nigerians affected by the macro-economic conditions, we believe our approach of ‘affordable health and luxury’ is still applicable. Lastly, with such a young, dynamic population, we cannot ignore the role technology will play in the country. That’s another area we are looking to leverage our network and consumer insights”, says Ernest Ezenna.